Have you ever wondered how to draw ruffles? In this tutorial, you will quickly learn how to draw a ruffle skirt step by step. Those playful ruffles will add spontaneity to your fashion designs and make them even more charming.

How to draw a ruffle skirt in 7 steps:

Define how long and wide you want the skirt to be by drawing a simple trapezoid. Don’t make the slope too steep.

Bend the waistline down slightly as well as the hemline, except for the spot over the front leg.

Always bend the hemline up when it’s reaching the front leg, this way you show dimension to the illustration.

Mark how many ruffle levels. Usually, you would want to repeat the way the waistline and the hemline are moving. But as they are different because of the front leg, try to fade the ruffle levels gradually.

Draw little triangles at the sides of the skirt as shown in the example illustration.

It’s time to draw the actual ruffles over the guidelines. See how the ruffles look like waves and begin from the tip of the triangle and stand equally up and down from the guideline. Notice the backside of the skirt that is visible under the hemline.

It’s time to draw the folds that the ruffles form. It is important to note that you don’t draw the lines perfectly straight and parallel to each other. It is more as they bend towards their upper part in a cone-like fashion.

Once you master “How to draw ruffles“ you can apply the technique whenever you like in many different ways in your fashion illustrations. If you’ve liked this tutorial and love to draw skirts you may check out these two tutorials of HOW TO DRAW A TUTU SKIRT and HOW TO DRAW A FLARE SKIRT.

Mistake 1: The ruffles are not “opened” enough. Make each ruffle wider, especially the upper part.

Mistake 2: The underlines are not straight. Draw the lines straight and do not join them in the middle when you have to underline from both the right and the left side. 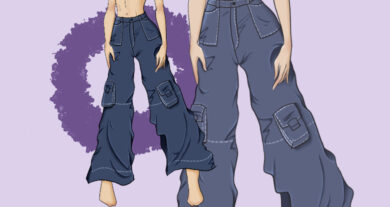 How to draw Cargo pants 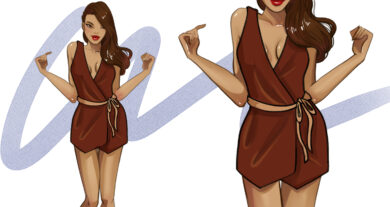 How to draw a wrap dress 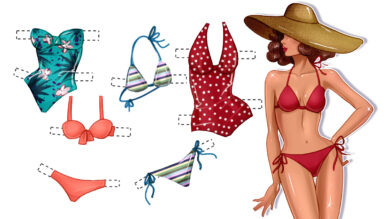 How to draw swimsuits 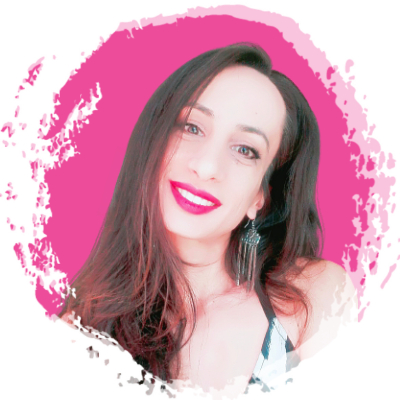 Be the first to know when we publish new tutorials, contests and more!

You have successfully joined our family of fashion lovers.